Experience shows that often the InDesign built-in conversion from an older version to a newer InDesign version can lead into problems, since the InDesign build-in conversion can lead into defective layout structures. This means that e.g. the censhare Render-Client can no longer work with the layouts and these layouts then have to be corrected via IDML export. Please consider if 100 layouts or thousands have to be converted.

We recommend to update the affected layouts and especially InDesign layout TEMPLATES to the new version via IDML export in advance.

Here are few points which has to be kept in mind while deciding to perform an upgrade.

Let's say that a user wants to update his/her InDesign from a lower version to a higher version. You must be aware that multiple Adobe InDesign/Server versions can be used in parallel on a censhare system (Desktop/Server).

Now, there are 2 cases here.

This is an example command for updating specific assets with given id's:

With the below command, all of the layouts can be updated:

Updating the version number via SQL statement in the database is for sure a part of the project. Hence, this must be done as a planned task during the switch to the new version. The database tasks has to be done by the database administrators. For eg,
1. Database backup
2. Performing changes via SQL
3. CDB: Server action "Embedded database sync using CCNs"
4. Testing or Tests performed by Customer and other stakeholders
5. Decision for moving on or Rollback
In case, censhare is responsible for the database, Steps 1 & 2 will be performed by censhare.

Once this SQL statement is executed, the new version of Adobe InDesign opens the older version document, converts it and saves it into the new version. However, this is different on both mac OS and Windows machines.

A change here will only become active after the InDesign interface was changed from deactivated to activated. (Please see screenshot below) 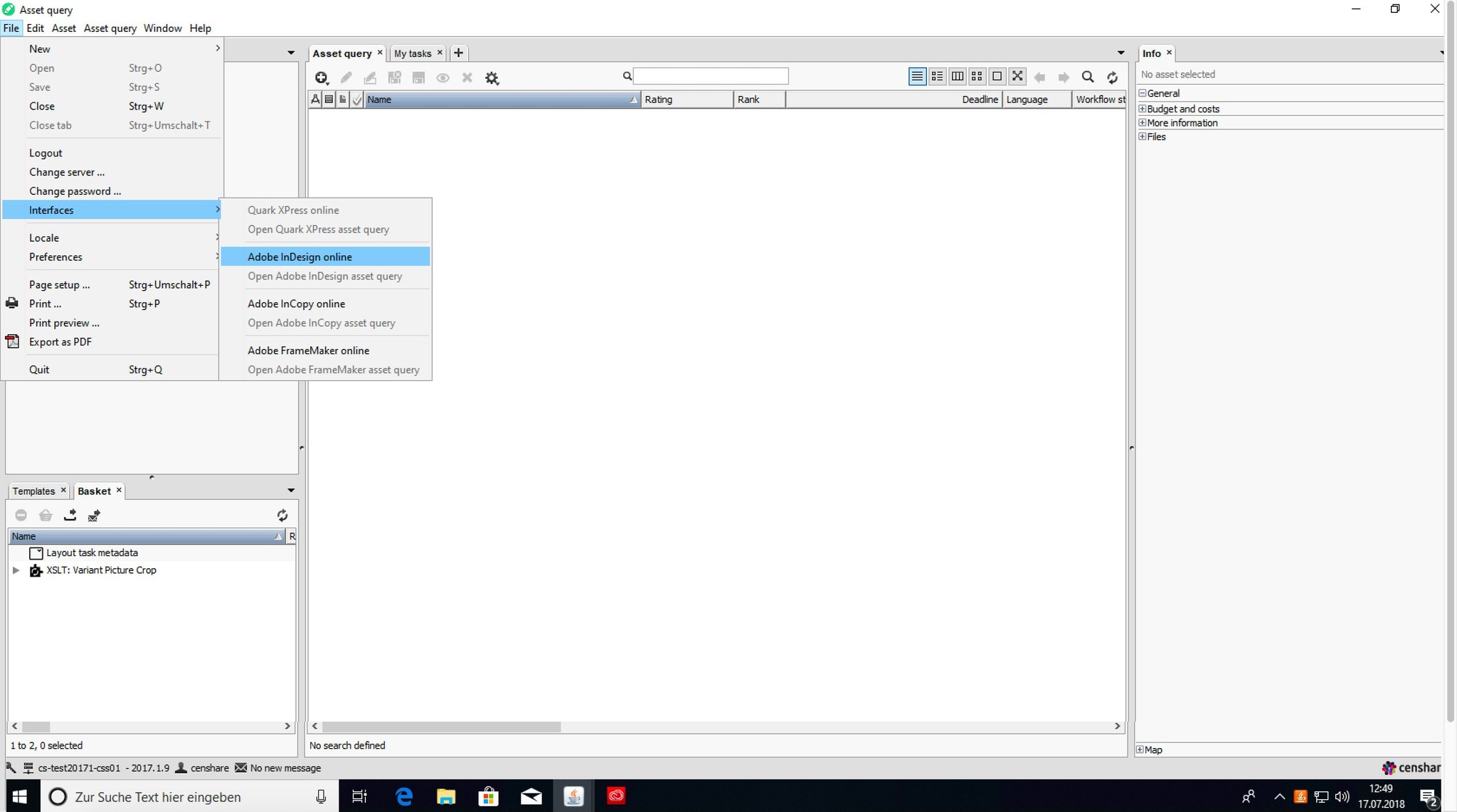 One of the other ways of converting old InDesign layouts would be by saving it as an IDML document.

Unfortunately, it cannot be guaranteed that this method in Adobe always works. If in case this method does not work, you will have to rebuild the Layout completely.